Since the dawn of time buildings have been the foundations of your account, because they provide you with vital infrastructure. Most are requirements for further buildings, research, ships or defensive structures, without which it's not possible to make headway. The buildings are classified into two groups, Resources and Facilities. Resources include mines, storages and energy producers, all remaining structures are classed as facilities. But within Facilities there is also a small divide, because some can only be built on a planet and others on a moon.

There are three different resources that can be produced in OGame: metal, crystal and deuterium. Without any upgrading the Metal and Crystal Mine have a base production of 30 units of metal and 15 units of crystal (per hour). Deuterium doesn't have a base production. To get more out of the mines and the synthesizer they have to be upgraded, in doing so you will need energy to power them. This energy can be produced in different ways. The easiest method, and only option at the beginning, is the Solar Plant. Later on the options of Solar Satellites (found in both Facilities and Shipyard) and the Fusion Reactor are available. You're not able to produce an unlimited amount of resources, because there's a maximum capacity in the storages. Storages will be needed very quickly to accommodate the production.

Facilities are buildings that have no bearing on the resource production, but they're important for building ships or to research new technologies. As already mentioned, some facilities are only possible on the planet, or on the moon. Typical moon buildings are the Lunar Base, the Jump Gate and the Sensor Phalanx; the buildings available only to the planet are the Research Lab, the Alliance Depot, the Missile Silo, the Nanite Factory and the Terraformer. The Robotics Factory and the Shipyard are the only buildings that can be constructed on both moons and planets.

Resources and Energy are produced by the following buildings:

Metal Mine
Metal is the main resource for conducting research and the construction of buildings, ships and defensive units. Exceptions being Solar Satellites, Espionage Probes, Energy Technology, Hyperspace Technology, Computer Technology and Graviton Technology. If you do not have a metal mine yet, you'll be producing 30 units per hour (in normal universes). In speed universes the basic amount is higher, depending on the speed factor. 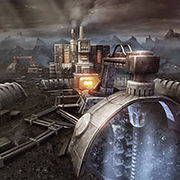 Crystal Mine
Crystal is the main resource for electronic components and alloys. It's also crucial in the conducting of research and the construction of buildings, ships and defensive structures. Exceptions being Rocket Launchers, Metal Storages, Shielded Metal Dens, Combustion Drive, Graviton Technology and Armour Technology. If there is no crystal mine on a planet, a base amount of 15 units per hour will be produced, and in speed universes correspondingly more. 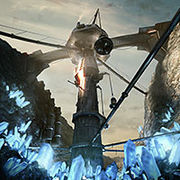 Deuterium Synthesizer
Deuterium is a heavy isotope of hydrogen, and not very abundant. Predominantly it's used as fuel, but it's also need for some types of research and the construction of some ships, defense and buildings. In contrary to metal and crystal, there is no base amount produced without a synthesizer. In addition, the amount produced per hour depends on the temperature of the planet. The colder the planet, the more deuterium will be produced. 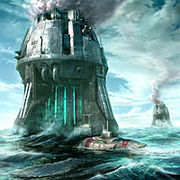 Solar Plant
Each mine requires energy to function, this is produced primarily by the solar plant. 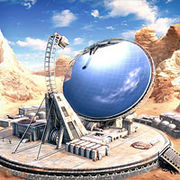 Fusion Reactor
This reactor is also used for energy production, the energy is generated by the fusion of two deuterium atoms into one helium atom, consequently deuterium will be consumed. The requirements to build such an electricity station are Energy Technology level 3 and a Level 5 Deuterium Synthesizer on the relative planet. The higher the level of Energy Research, the more energy will be produced. 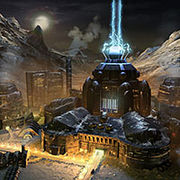 Metal Storage
This storage facility is used to store metal. If the storage is full production will be stopped. Only 10,000 units of metal can be stored without the level one building. 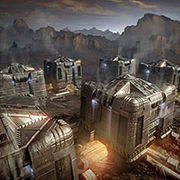 Crystal Storage
This facility is required to continue the crystal production. If it is full the production will be stopped. Without a storage, only 10,000 units of crystal can be stored. 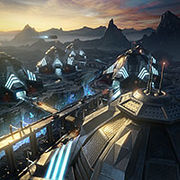 Deuterium Tank
Like the storages the Deuterium Tank is required to allow further production. Without this tank, only 10,000 units of deuterium can be stored. 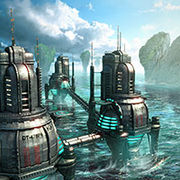 These act as requirements for other buildings, research, ships or defensive structures. 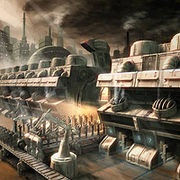 Shipyard
This facility is necessary for the construction of both ships and defensive units; some requiring a certain level of the shipyard first. Upgrading this facility will also decrease the production time for these units. To build/upgrade the shipyard you need Robotics Factory Level 2, and no ships or defense in the respective construction queue of the planet or moon. 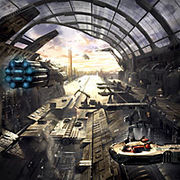 Research Lab
This is necessary to research new technologies. The higher the level, the more technologies will be activated and the shorter the research time will be. The Research Lab, which can be built without any requirements, affects the whole account, i.e. as soon as a lab is in the construction queue, you will not be able to research on another planet; And if a research is started, you will not be able to build a lab anywhere. 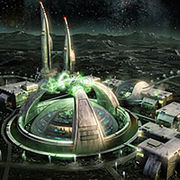 Alliance Depot
With this facility it is possible to support holding fleets with deuterium via support-rockets. So you can lengthen the holding duration of friendly fleets. The construction on the moon isn't possible, but these fleets will be supported by the planet with fuel. There are no requirements for its construction. 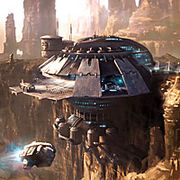 Missile Silo
The Missile Silo is used to build Anti-Ballistic Missiles (level 2) and Interplanetary Missiles (level 4). Construction on the moon isn't possible, here the planet's Anti-Ballistic Missiles will be used (like with the Alliance Depot). The deconstruction of a silo is only possible when it's empty; It's possible to either launch the missiles or to deconstruct them. Shipyard level 1 is the only requirement, the Silo can store five Interplanetary Missiles or ten Anti-Ballistic per level. 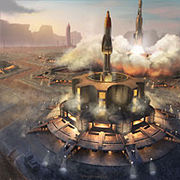 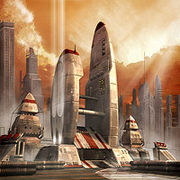 Terraformer
The Terraformer is needed to expand nearly developed planets. Per level you get five free fields (plus an additional field every 2 levels), but you need energy for the construction. The requirements for the facility are the Nanite Factory level 1 and Energy Technology level 12. On the moon a building of the Terraformer is impossible (instead there's the Lunar Base). This building can't be torn down. 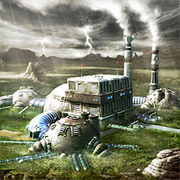 Lunar Base
This structure can only be built on a moon. It is necessary to get more building slots, since a moon consists of only one field at the beginning. Per lunar base three further fields are developed. Lunar base level 1 is a requirement for the Sensor Phalanx and the Jump Gate. 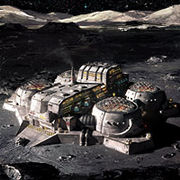 Sensor Phalanx
This facility can, like the lunar base, only be built on a moon. Lunar base L1 is the only requirement. Via the phalanx you are able to see the fleet movements on other planets, a scan costs 5,000 units of deuterium. The sensor range increases with every level of the building. 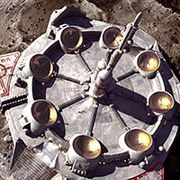 Jump Gate
The Jump Gate can also only be built on a moon. It is necessary to instantaneously send fleets from one moon to another. After a jump, the start Gate and target Gate have to cool down for one hour, before they can be used again. The requirements for its construction are Lunar Base level 1 and Hyperspace Technology level 7. It is not possible to send resources via the Jump Gate. 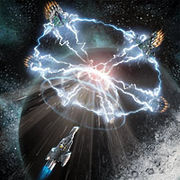